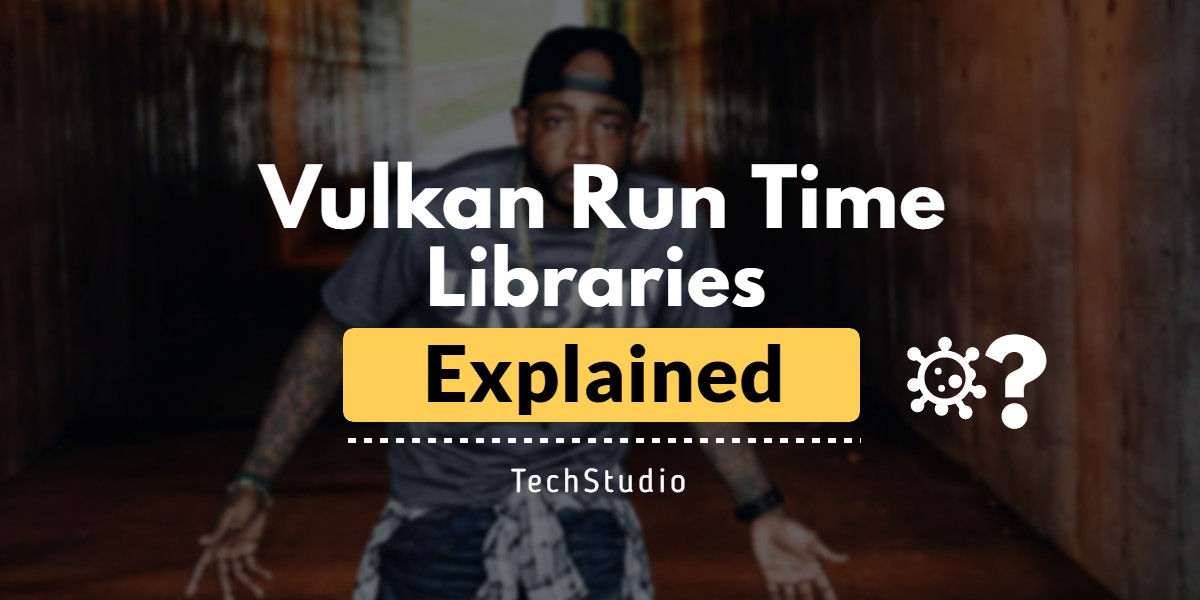 You might be questioning yourself or google about What is Vulkan Run Time Libraries and what it’s doing on my Windows 10?

Before I answer your query, let me show you an interesting data about a query: Vulkan Runtime libraries, which I found on google trends along with a super relaxing fact.

Vulkan Run Time Libraries – Not a Virus nor a Malware. It doesn’t affect your Windows. Feel Free to Use it 🙂

Please note: The below data is embedded javascript code, in some cases, it doesn’t loads, so please do a favor to reload this page if this happened on your visit.

I guess due to increasing malware attacks in the 21st Century, any unknown file name creates worries. So does Vulkan Run time Libraries? Right?

In this quick post, I’ll not only solve your query but also let you know whether you need it or not, so let’s dive in…

Note: I have also attached a very helpful video that you can watch to understand it better, especially gamers.

What is Vulkan Run Time Libraries? Explained in Simple Words

For eg: NVIDIA, Intel or AMD. The most popular names in this industry 🙂

For simple understanding, Vulkan is a relatively new graphics standard, just like OpenGL and DirectX for Windows.

So Don’t worry. It’s not a malware nor a virus, it’s completely safe to keep on your windows.

I guess this much information is more than enough for a busy windows user to understand what is Vulkan Run Time Libraries. Right?

Anyways, now you know more about the Vulkan Run Time Libraries that are listed within your Programs and Features window. Also, you should know that there’s nothing for you to worry about.

If you want to know more then you can read the below provided Additional Info:

The Vulkan runtime libraries are an essential part of the XNA framework and all its applications. With this, XNA games can be easily played on a Windows 10 Operating System or on the Xbox 360 game console.

While the XNA is a simple application, the Vulkan runtime libraries are something new. It simply allows game developers to enjoy a 3D environment that is rich in detail. With the new framework, XNA developers have the chance to perform 3D tasks that were impossible before.

What is Vulkan & Why Should Gamer’s Care?

If you haven’t checked whether “Vulkan Run Time Libraries” or “Vulcan Run time Libraries” is installed on your Windows then you can check it by following these steps:

If you find it, then congrats you have Vulkan Run Time libraries installed on your Windows 10 PC. It was a bit technical, you can also go to Settings > Apps & Features and then search for Vulkan Run-Time Libraries.

If you don’t find it, that means Vulkan Runtime Libraries is not installed and you can install it on your pc. To do that you can make searches like:

What to do with Vulkan Run Time Libraries?

As I have mentioned earlier that you don’t need to do anything about Vulkan Run Time Libraries as they are beneficial. Mentioning again that it’s not a virus nor a malware, rather, it’s the new graphics PAR render with a simpler, thinner driver, and highly efficient CPU multi-threading capabilities.

If you are a professional or office windows user, I mean you don’t have any games installed on your Windows PC then you can move ahead and uninstall this service which is not recommended. Here’s why:

They quickly concluded that removing Vulkan was the solution to this “new” malware problem. Clearly mentioning that there’s no connection between the win32/subtab!blnk virus and Vulkan.

As a result, you should simply leave the program on your computer as removing it may cause serious graphics issues, especially when playing games resulting in bad gaming performance.

If you regularly play games, my recommendation is to avoid uninstalling this service…

Also, You should know that not all games use Vulkan, and if you’re sure that no games in your PC use Vulkan, you may uninstall it as you like.

Here’s how you can uninstall Vulkan run time libraries.

I highly recommend you avoid doing this but if you have read the info above and you’re confident then here’s a simple procedure to uninstall/remove Vulkan Run Time Libraries from your Windows 10 PC.

But here’s a very imp note: Vulkan Run Time Libraries cannot be manually installed after you remove it from your Windows 10 operating system. You need to install the most recent version of the graphics adapter driver which ships with Vulkan to get it back.

As I’ve explained several times, Vulkan Runtime Libraries is not a virus nor a malware and it doesn’t affect your pc in any way.

It’s best to leave it there, and focus on your work or play your loved games. But if you really want to uninstall it, follow the steps provided above.

Now, Don’t forget to do these things:

What is a Vulkan RunTime library?

Vulkan Runtime Libraries, also known as Vulkan Run Time Libraries or VulkanRT, it’s basically installed by display card manufacturers. For eg: NVIDIA, Intel or AMD. It’s not a malware nor a virus.
Vulkan is a relatively new graphics standard, just like OpenGL and DirectX for Windows. It’s Completely Safe to keep on your Windows.

Do I need Vulkan RunTime libraries?

In short, Yes you need Vulkan RunTIme Libraries especially if you are a gamer. It doesn’t harm your pc instead it improves the gaming performance.
A new API similar to OpenGL, DX12, but better than other API’s. It’s very useful and there’s no need to delete or Uninstall Vulkan Run Time Library.

Can I remove Vulkan RunTime libraries?

First of all, there’s no need to remove it. But if you want thn Yes you can remove Vulkan RunTime Libraries from your Windows.

Here’s how you can Remove/Uninstall it:
1. Go to Control Panel > select Uninstall a program
2. Search for Vulkan Run Time Libraries and Click to Uninstall it.
3. Finish the Uninstallation process and Reboot your Windows for changes.

It’s not recommended as it’s hard to reinstall it again because it comes with the graphics drivers. So a better decision would be keeping it rather than deleting or uninstalling it.

What games use Vulkan?

Good to know that you realized the importance of Vulkan. Anyways, Here are few games that use Vulkan:
1. Dota 2
2. Doom
3. Vainglory
4. Quake, Quake 2
5. The Talos Principle
6. Need for Speed: No Limits
7. Ashes of the Singularity

So, here we end up with doing nothing :). Just take the detailed info by reading the guide or you can also watch videos that not only explain Vulkan but also compare it with old Dx12 API for better understanding.

No need to worry, Keep things as they were and move on… 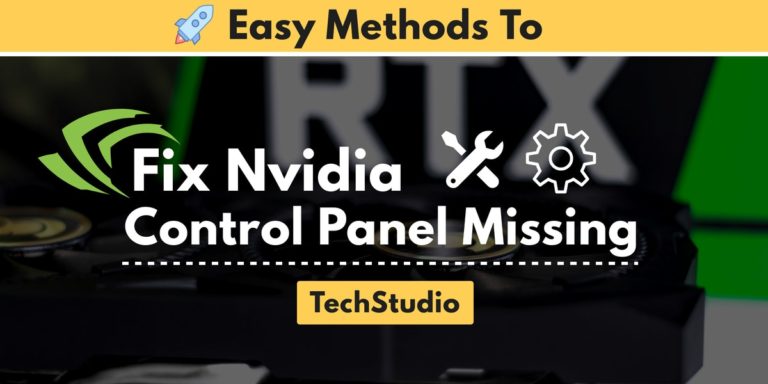 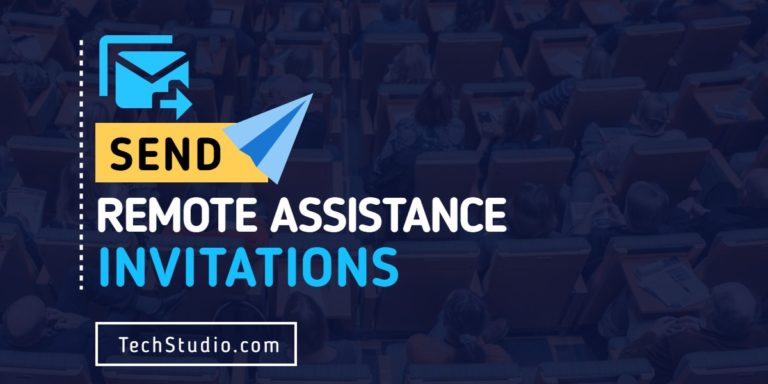 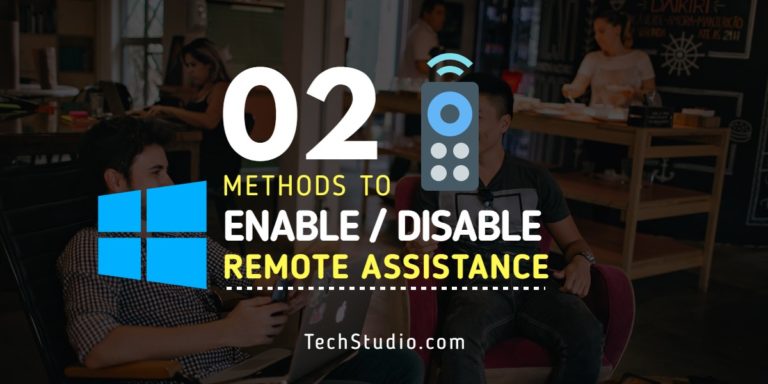 Brief: This quick & easy tutorial demonstrates How to Enable remote assistance on Windows 10 & if you want to disable it, there’s a guide on that as well. Read on to know more… In today’s day and age, most of us are familiar with one of the useful Windows feature known as Remote Assistance…. 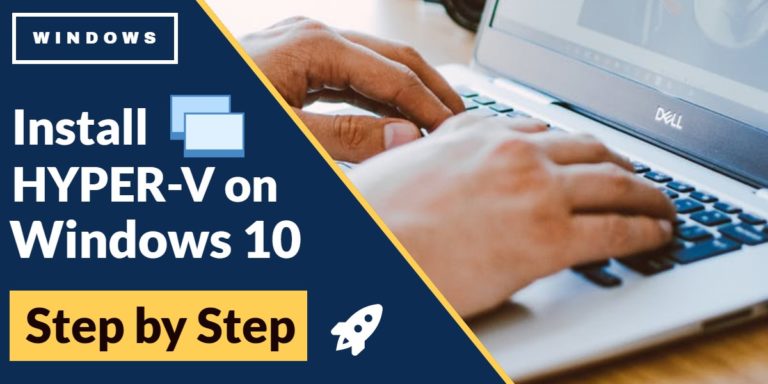 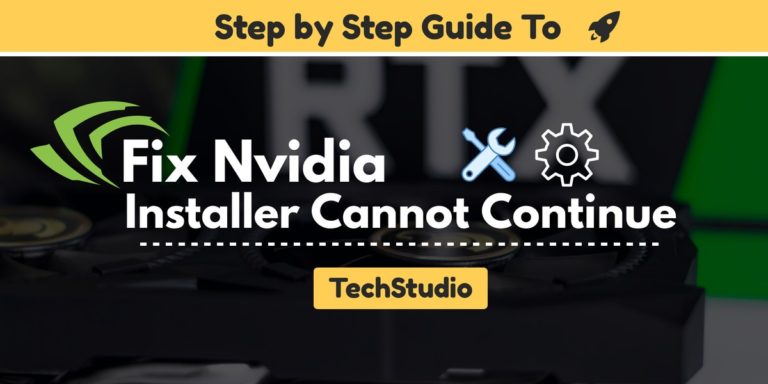 Just got the NVIDIA Installer Cannot Continue Error in Windows 10? Don’t worry, here I have provided 8 Easy Methods by which you can solve this error, also… 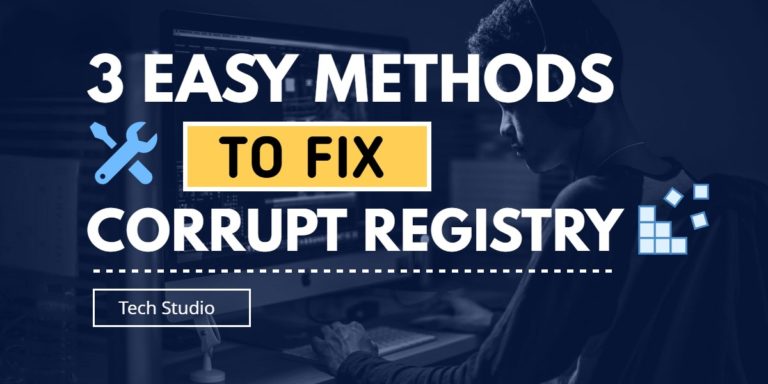 Brief: This is a quick tutorial that shows you How to Repair Windows 10 registry issues within a few minutes with 3 simple & easy steps. Have you recently Messed up with your Windows Registry? Are you doing a google search for how to repair windows 10 registry, how to fix corrupted registry in windows 10, fix…

Tech Studio is developed by Kevin Racicot, a Windows & Tech enthusiast, from Indiana.

Yet another Tech Site 😉, but different and Better. Here, you can find Guides, Tutorials, Solutions, etc for Windows 10 & Tech related content, but… Know more >>